Do you need to get a CERTIFICATE OF ORIGIN for your business? Certain nations require a signed statement as to the origin of the export item. Such certificates can be obtained through the Greater Albuquerque Chamber of Commerce. A certificate may be required even though the commercial invoice contains the information.

Exporting is essential to the health of the U.S. economy. Exports support over 11 million jobs in the United States, which pay 15% more than the U.S. average, and international sales have contributed to nearly 30% of domestic economic growth in recent years. But this success is not limited to large corporations; the number of American businesses sending their goods and services overseas has tripled since 1990, with a full two thirds of that boom coming from companies with fewer than 20 employees. It's become a necessity for any business to export, and those that don't are 9% more likely to fail in any given year than comparable firms that do. International Trade Programs & Services: Exporting Guides:

The New Mexico 9000 Program was developed to assist businesses become ISO 9001:2008 and AS9100 Compliant. ISO 9001:2008 is a series of Quality Management Standards, with the emphasis on Management, which is recognized in over 160 countries. ISO 9000 Certification is a requirement by most major U.S. companies, Mexico, Canada, Europe, Asia, and U.S. government agencies (DOD, NNSA, & NASA) for those wishing to do business with them. This requirement is being passed down to second and third tier suppliers, supply chain. ISO 9001:2008 reflects modern management approaches to improve organizational performance. The Standard is based on eight management principles that reflect best management practices. Click here for more information!

Kirtland Air Force Base's beginnings stem from three private airfields of 1928-1939 and are similar to that of other installations choosing to adapt existing runways and hangars for military use. In 1928, Frank G. Speakman and William L. Franklin, two Santa Fe railroad employees, had inaugurated a private venture for an airport. Working with the town of Albuquerque, they graded two runways on the East Mesa -- one approximately 5,300 feet long and the other just under 4,000 feet. Albuquerque Airport was wholly a private venture, irrespective of the town's involvement. Immediately following construction of the airport, other individuals and promoters became interested in Albuquerque as a crossroads location for southwestern air traffic. James G. Oxnard, a New York air transportation promoter, bought Franklin's interest in Albuquerque Airport, expanding the facility toward the end of 1928.

As the decade closed, two airlines initiated competitive passenger, mail, and cargo service between the Midwest and California, positioning Albuquerque as an important transcontinental airfield. Shortly after beginning activities, one of the companies, Western Air Express, decided to build its own airport on the West Mesa. This airport became known as Albuquerque Airport-while the former Albuquerque Airport on the East Mesa took on the name Oxnard Field, continuing as a private venture.

As of late 1939, Army and Navy pilots began using Oxnard Field for refueling and maintenance during a variety of military flights. Later that same year, the Army Air Corps leased 2,000 acres neighboring Albuquerque Airport, four miles west of Oxnard Field. The Army eventually bought the Oxnard Field property and its subsequent transfer to the federal government restricted the runways to military use only.

The summer of 1941 saw the arrival of the first troop train, loaded with 500 base support personnel, as well as arrival of the 19th Bombardment Group (19 BG) under the command of Lt. Col. Eugene L. Eubank. Business on the new airfield really began to boom with the arrival of 2,195 pilots, bombardiers, and navigator trainees for the new B-17 "Flying Fortress." The 19 BG moved out shortly thereafter for duty in the Philippines and South Pacific, where many crewmembers were decorated for bravery. Even in the absence of the 19 BG, activity at Albuquerque Army Air Base increased. Just a week after the attack on Pearl Harbor, the first class of bombardiers began with the establishment of the Army's first wartime advanced flying school.

In February 1942, Albuquerque Army Air Base was renamed Kirtland Army Air Field in honor of Col. Roy C. Kirtland , one of the Army's oldest pioneers in aviation. Colonel Kirtland is one of the early Army pilots, receiving in 1911 Certificate No. 46 from the Federation Aeronautique Internationale. He also holds Expert Aviatior License No. 11 from the Aero Club of America. From April to June, 1911, he was in charge of the U.S. Aviation School at College Park, Md. Since the airfield originally opened, Kirtland's aircraft inventory had grown to 50 AT-11s and 28 B-18s.

The war years at Kirtland continued to be filled with distinguished records of training entire flight crews for the B-17 and B-24 bombers and the base's three schools -- advanced flying, bombardier training and the multi-engine school -- operated at full capacity. In February 1945, Kirtland Field also engaged in training combat crews for the B-29. This was the "Superfortress" which eventually brought an end to the hostilities with Japan by dropping atomic bombs on Hiroshima and Nagasaki -- nicknamed Fat Man and Little Boy.

In February 1946, Kirtland was placed under the Air Materiel Command (AMC) and its flying training activities ceased. Its new job entailed flight test activities for the Manhattan Engineering District, the wartime organization that produced the atomic bomb. The new role for Kirtland was to develop proper aircraft modifications for weapons delivery and to determine ballistic characteristics for weapons of the future.

Kirtland's role in testing and evaluating these special weapons increased in 1947, as the U.S. Army Air Forces became the U.S. Air Force. At that time, Kirtland Army Air Field, with a population of 972 military and civilian personnel, became Kirtland Air Force Base. Most of the weapon proving was conducted on a 46,000-acre tract in the Manzano Mountains, on the southern part of Kirtland AFB, including Forest Service lands withdrawn for testing purposes. Artillery emplacements were set up; observation stations were built; fragmentation areas were prepared; and two 248-foot oak towers were erected near the present day Starfire Optical Range. The establishment of such activities at Kirtland was considered ideal because of its proximity to Los Alamos Laboratory and to Sandia Base, where the Department of Defense (DoD) had established the Armed Forces Special Weapons Command (AFSWC) to direct military employment of the new weapons to be built.

The story of Kirtland AFB is really the story of three bases, since the merger in 1971 of Kirtland, Manzano and Sandia Bases that brought the three installations together under one command. Sandia Base was originally created in 1942 as Albuquerque Air Depot Training Station for aircraft maintenance personnel. By late 1943, however, Sandia was in a caretaker status. A year and a half later, the Manhattan Engineering District created the Armed Forces Special Weapons Project at Sandia Base to coordinate military special weapons activity.

Armed Forces Special Weapons Command (AFSWC) also constructed two operational sites. One was known as Site Able, located in the foothills of the Manzano Mountains, just east of Sandia Base. On February 22, 1952, Site Able was renamed Manzano Base and came under operational control of the Air Force.

In December 1949, Kirtland AFB became headquarters for the newly created Special Weapons Command. The nucleus of this organization was composed of pioneering Air Force agencies that had located here to determine future employment of special weapons. The command became the Air Force Special Weapons Center (AFSWC) on April 1, 1952, and was a unit of the Air Research and Development Command ARDC). The Special Weapons Center assumed management of Air Force Systems Command's (AFSC) test and evaluation facilities at Holloman AFB, near Alamogordo, New Mexico, during the summer of 1970. And, just one year later on July 1, 1971, Kirtland merged with Manzano and Sandia Base's, its neighbors to the east, creating a sprawling military complex known as Kirtland Air Force Base -- the third largest installation in AFMC and the sixth largest in the Air Force.

Kirtland Public Affairs can be reached via email at 377ABW.PA@kirtland.af.mil .

For phone numbers, consult the Phone Numbers link on this page or call directory assistance at 505-853-4636.

I am an Air Police member, I hold allegiance to my country, devotion to duty and personal integrity above all. I will wear my badge of authority with dignity and restraint, and will promote by example high standards of conduct, appearance, courtesy, and performance. I seek no favor because of my position. I perform my duties in a firm, courteous, and impartial manner, irrespective of a person's color, race, religion, national orgin or sex. I strive to merit the respect of my fellow Airmen and all with whom I come in contact. 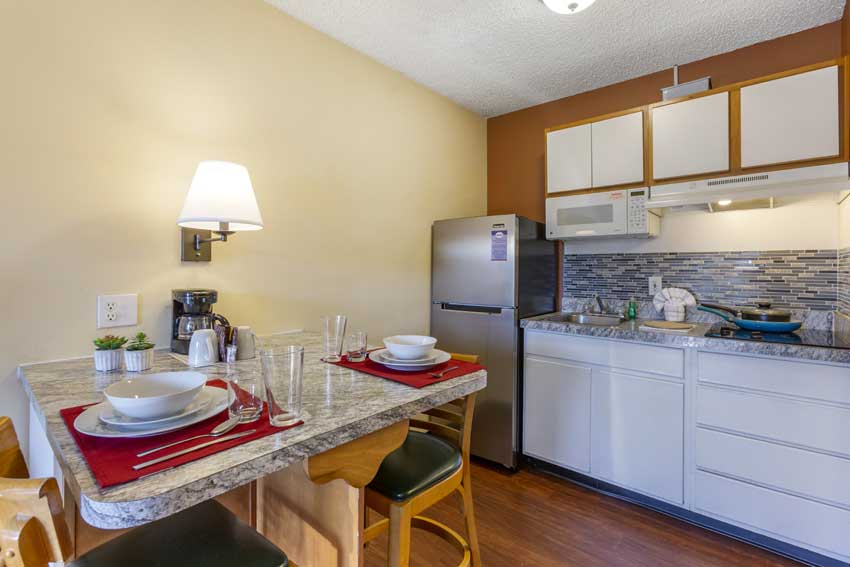 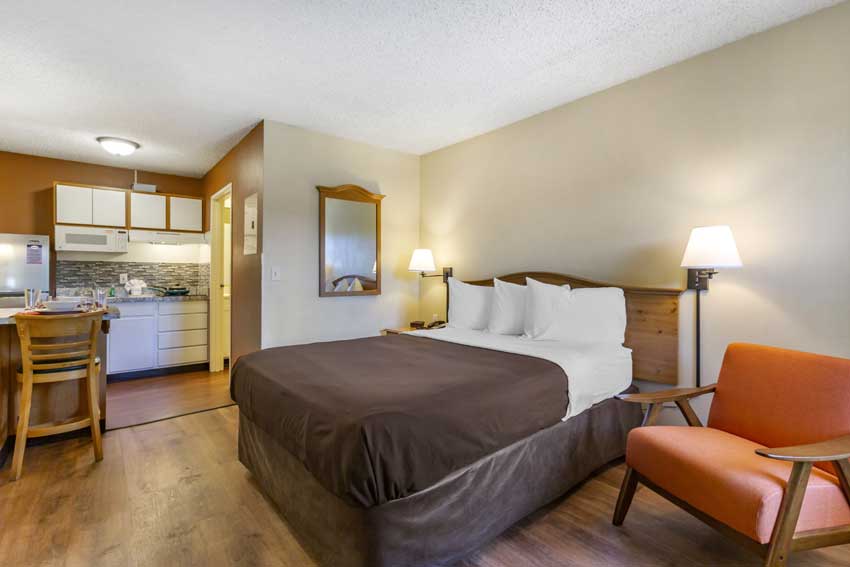 Designed and Powered by Myeres.com - Hotel Websites and Online Reservations